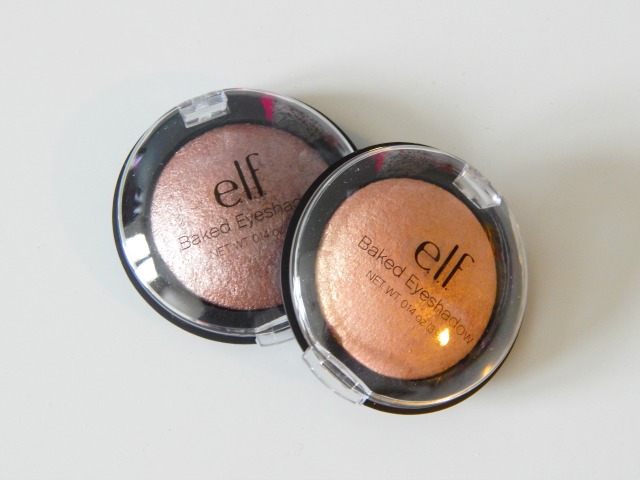 I was hunting around TJ Maxx the other day and came across a shelf of Baked Eyeshadows from e.l.f., which I’ve actually been meaning to purchase for a while but haven’t gotten around to it. Seriously, if you can find these and other e.l.f. products at TJ Maxx, they were only $2.39 which is a great deal! I picked up two shades, Toasted and Enchanted and can I just say, I feel like I have three other eyeshadows from e.l.f. that are also named Toasted-come up with some other names! I had high hope for these but, well, you’ll see in the swatches… 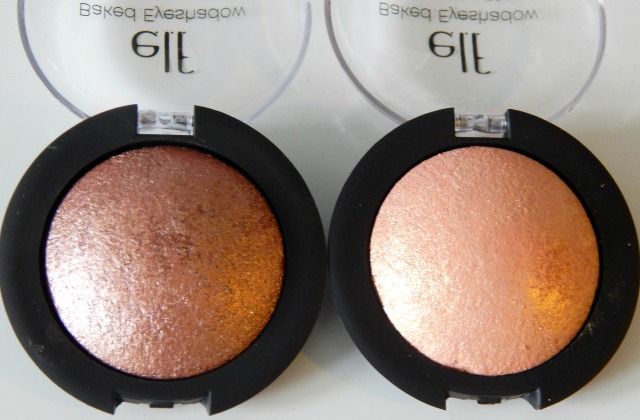 Enchanted on the right looks like a peachy gold in the pan but I was so disappointed when I applied it because it comes off as a straight gold shade, no pink or peach included. 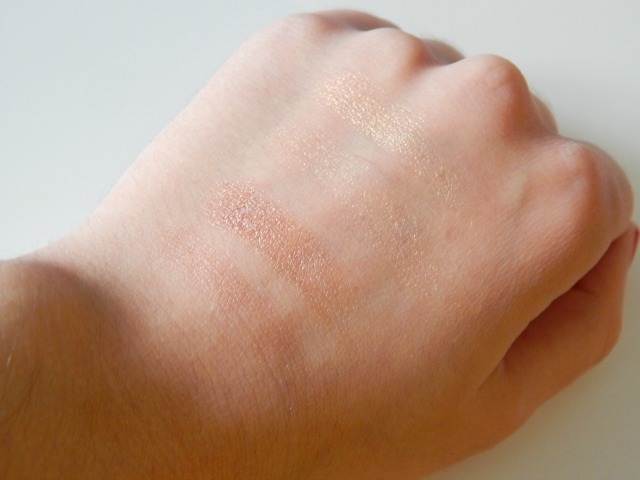 I found the formula on these to be really subpar. I had high hopes for these because I’ve seen other bloggers use them but I don’t know, it’s really just “meh”. It’s a baked formula so it’s a drier, more crumbly shadow, but as you can see in the swatches, it really does not transfer to the skin well. The left swatch of each color is a dry swatch and the one on the right is wet. My advice is not to use these dry at all-it’s patchy and flaky and just not something you want to deal with. But even with a wet brush, I had to work to get the color to apply evenly.

Overall, I won’t be purchasing more of these shades. It’s a really disappointing formula in my opinion and the shades lost a lot of the interesting color tones that you see in the pan. There’s other formulas out there that are better at a similar price point.

I’d love to know what you think-have you tried these shadows and had a similar experience? Let me know in the comments below!